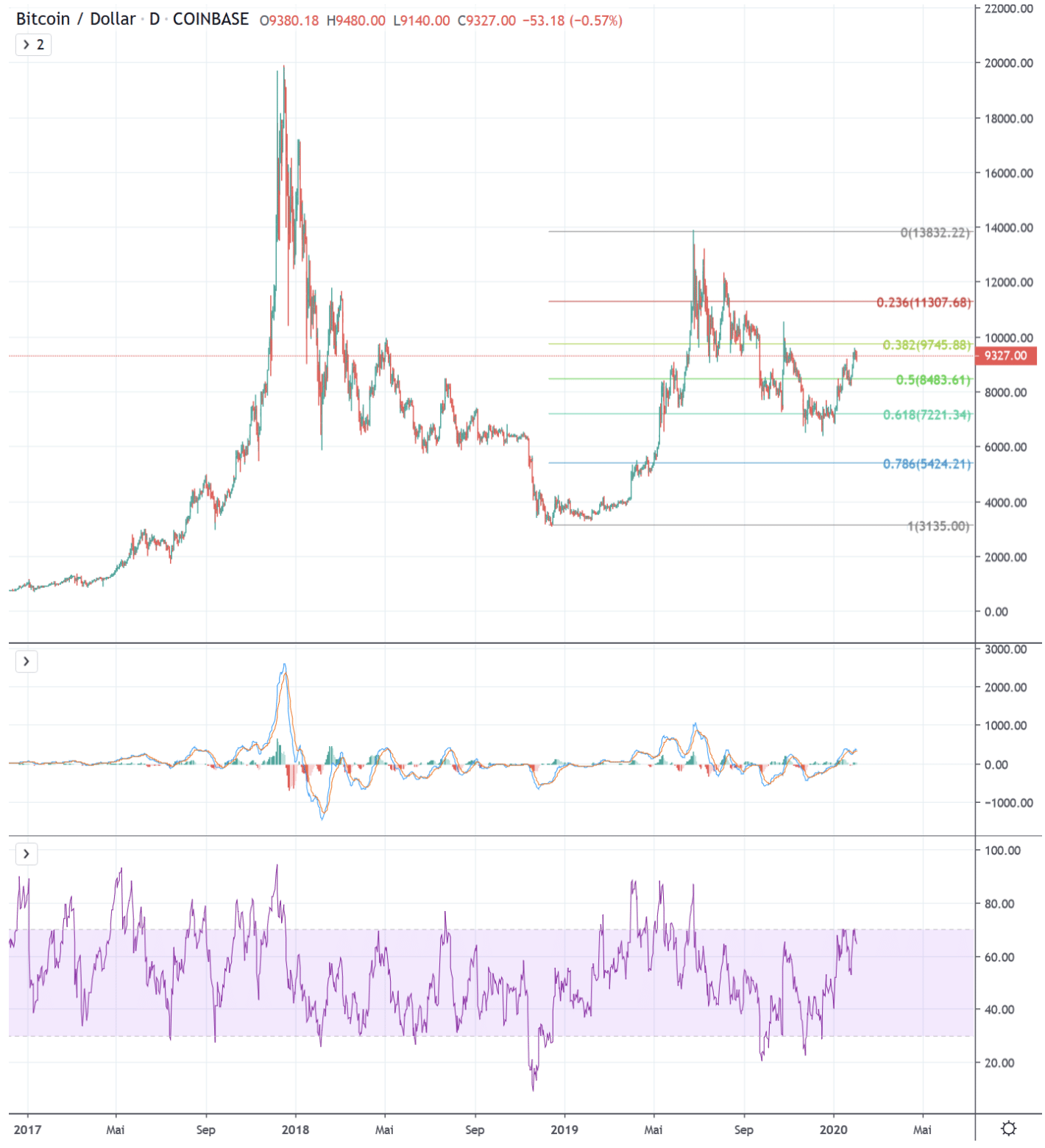 (Source: Tradingview) Bitcoin USD – First confirmation of the recent outbreak Bitcoin was again able to gain ground this week.  Already on Monday the share price reached new highs after a good one-week consolidation phase. With three successive strong green candles marked by higher closing prices, the price reached new spheres, up to USD 9,400 on Tuesday. Bitcoin used the following days to consolidate at the new level with a narrow range, between USD 9’200 and 9’400. The big test is still to come

Bitcoin was recently able to defend its position around the 0.618 Fibonacci point (1) and consequently the trend line (2), led by the lower highs since June 2019, which was broken through. A consolidation above this trend line is healthy and legitimizes the recent breakout. The price is also back above the 200-day average line (3). As suspected in the last report, the consolidation above USD 8,200 quickly led to a price increase, now in the vicinity of the strong resistance zones at USD 9,700. In order to continue the recent positive trend, the subsequent daily lows should not occur below USD 8,200 – USD 8,300. A consolidation, including a price decline, is currently healthy for the recent upward trend, as long as higher daily lows occur afterwards. Support is provided by the last highs and past price movements in May ’19 around 8’700 – 8’900 USD. As a consequence of the recent uptrend, the strong resistance zones at 9’700 – 10’000 USD (red) could be tested in a later phase. Macro: On the threshold of a trend reversal 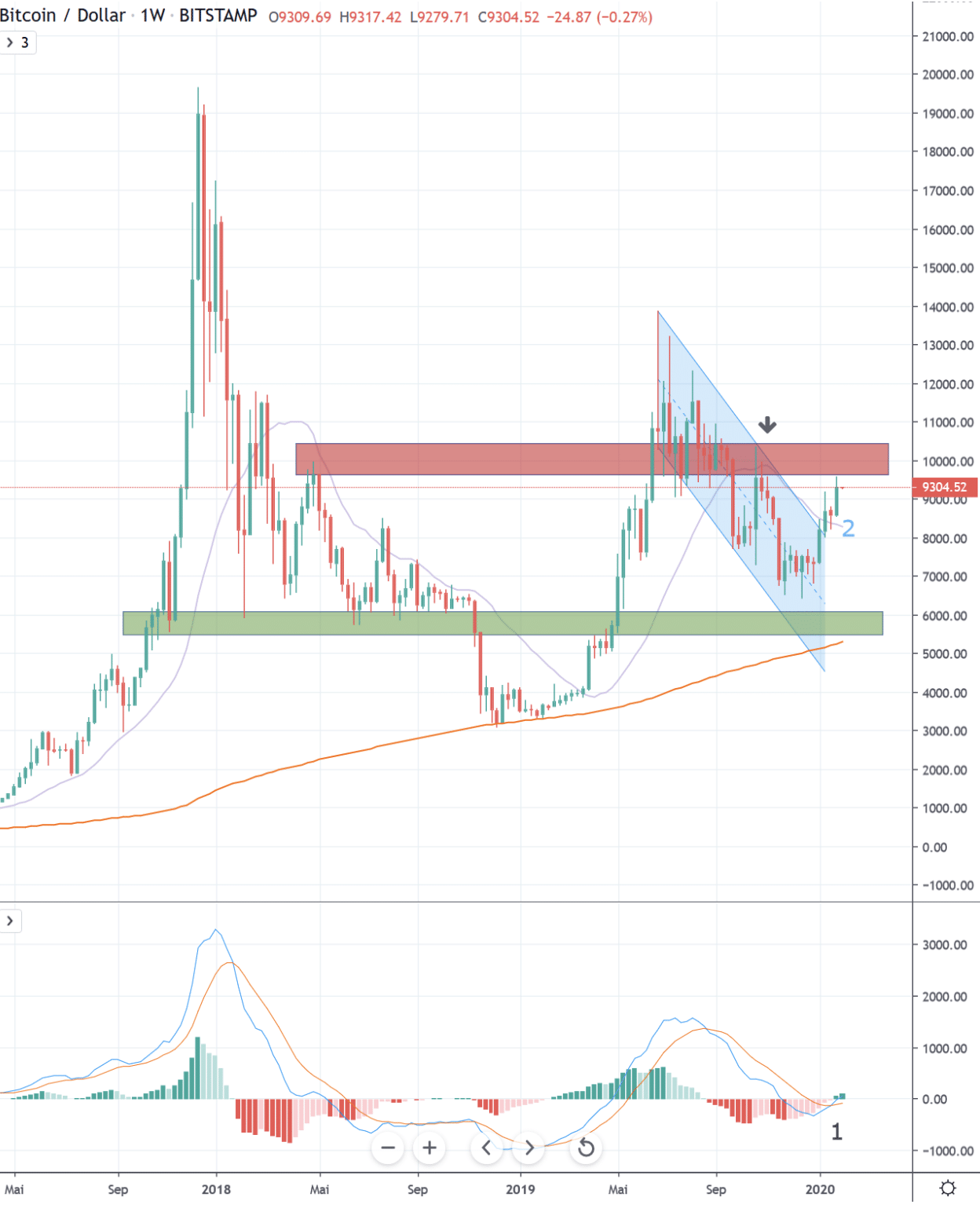 (Source: Tradingview) In the weekly interval, Bitcoin is hovering above the downward trend channel formed since June 2019. A consolidation above this channel now cements the sustainability of the latest movement. The trend receives additional validation by crossing and recently positive weekly MACD average lines (1). The 21-week average line (2) can also be observed. A claim above this average has often led to a longer bull trend in the past. The ultimate test for a trend reversal, however, is the strong resistance around the USD 10,000 mark. Strengthened by already tested and failed breakthrough attempts in 2018, as well as the long period of support between July and September 2019, which now represents the resistance (S/R Flip). The confirmation for a trend reversal since June 2019 is therefore still pending. First signs of a trend reversal since June 2019 have been created. This would require the creation of a higher high in the region of USD 9,700 to USD 10,000 (arrow) in the coming weeks, which would break the per se bearish trend of the lower highs since June 2019. A subsequent breach of the USD 10,000 zone, which is fraught with strong resistance, would indicate a sustained break in the prevailing downward trend and could herald another bull phase lasting several months. * Originally published at CVJ.ch
Tags: Bitcoin, Crypto