The likelihood of central banks issuing their own general purpose  central bank digital currency (CBDC) has doubled from roughly 10 – 20%,  from 2018 to 2019, according to the Bank of International Settlements (BIS). On Thursday, the Swiss-based BIS carried out a survey with 66 central banks across the globe, concerning whether or not they were looking into releasing CBDC’s, when such a release would occur and what the motivations for such actions were. For the purpose of their study, they made a differentiation regarding the nature of the CBDC to be ushered in by central banks. Wholesale or “token-based” CDC’s were classified as “restricted-access digital token(s) for wholesale settlements”, which could be used for “interbank payments or security settlements”. Conversely, General purpose CBDC’s were classified as “CBDC’s available to the general public”, which would in effect be subject to the tokens and/or accounts held by individual citizens. By and large, the use of general purpose CBDC’s  would be for retail payments. The study was conducted with 66 central banks,  21 of which were situation in more economically affluent countries, while the remaining 45 banks were located in emerging economies. The banks surveyed covered 75% of the global population and 90% of all economic output. Up and running According to the report, 80% of the central banks surveyed said that they were actively partaking in creation of CBDC; marking a 10% increase from 2018. 50% of the respondents said that they were opting to further research both general purpose and wholesale CBDC’s; with 40% of the banks having moved from a theoretical framework to an experimental phase in their research. 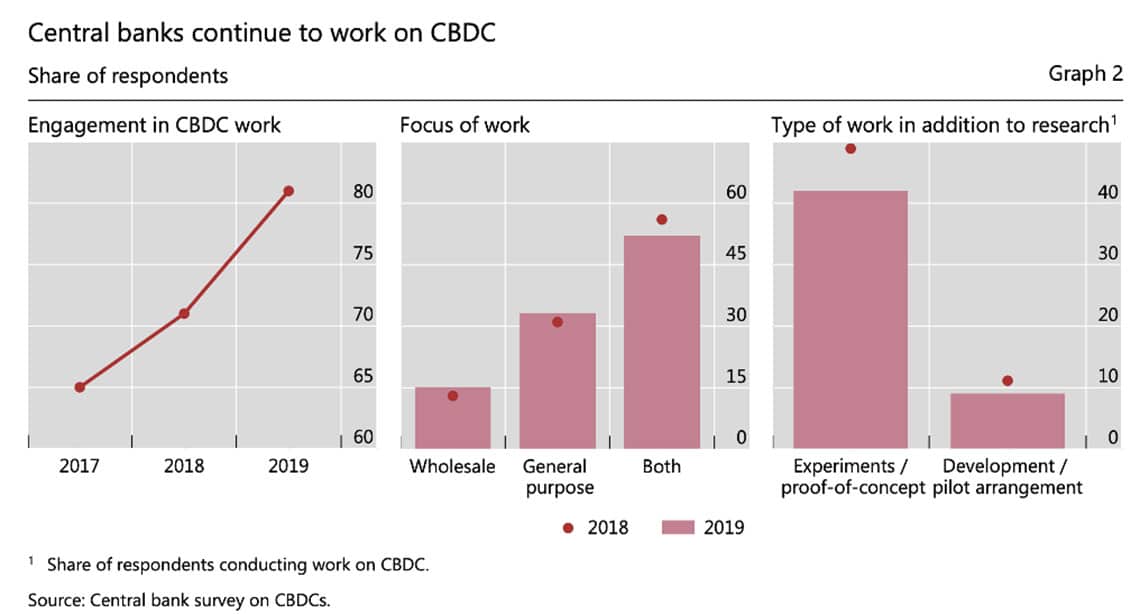 Reasons for Research into CBDC’s Further finds made by the BIS was subject to the motivation behind central banks delving into CBDC’s.  In relation to general purpose CBDC’s, the study shows that more economically affluent countries see “Payments safety/robustness”,  “Financial stability” and “Others [reasons]” as the main merits of CBDC’s. Emerging economies see “Payments efficiency”, “Payments safety/robustness” and “Others [reasons]” as the main motivator for CBDC’s; with “Financial inclusion” another high motivator. 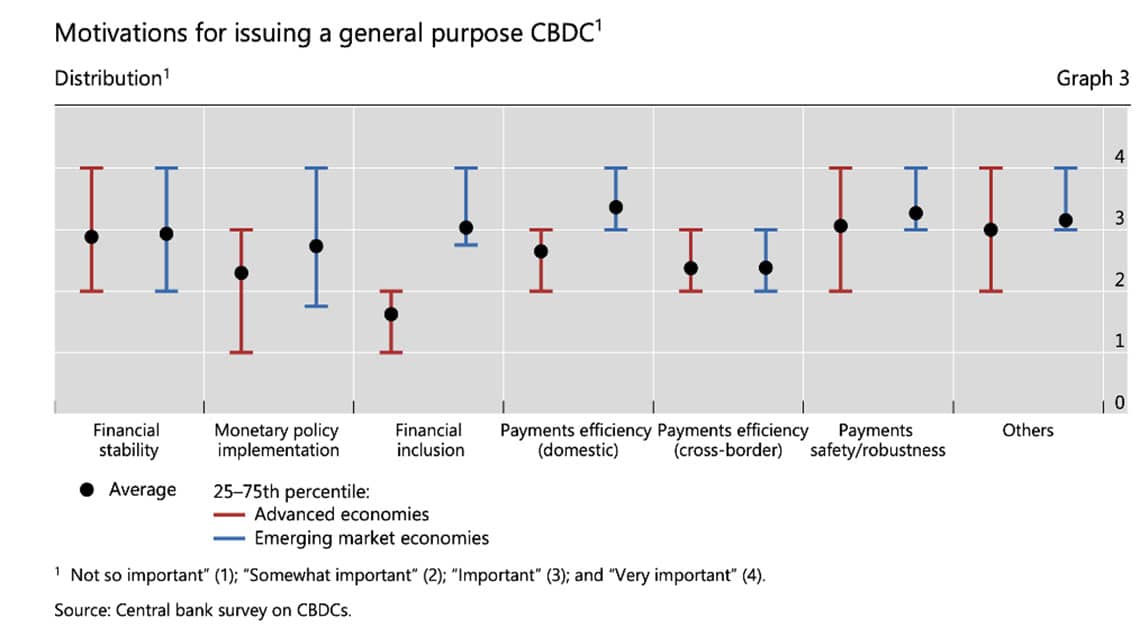 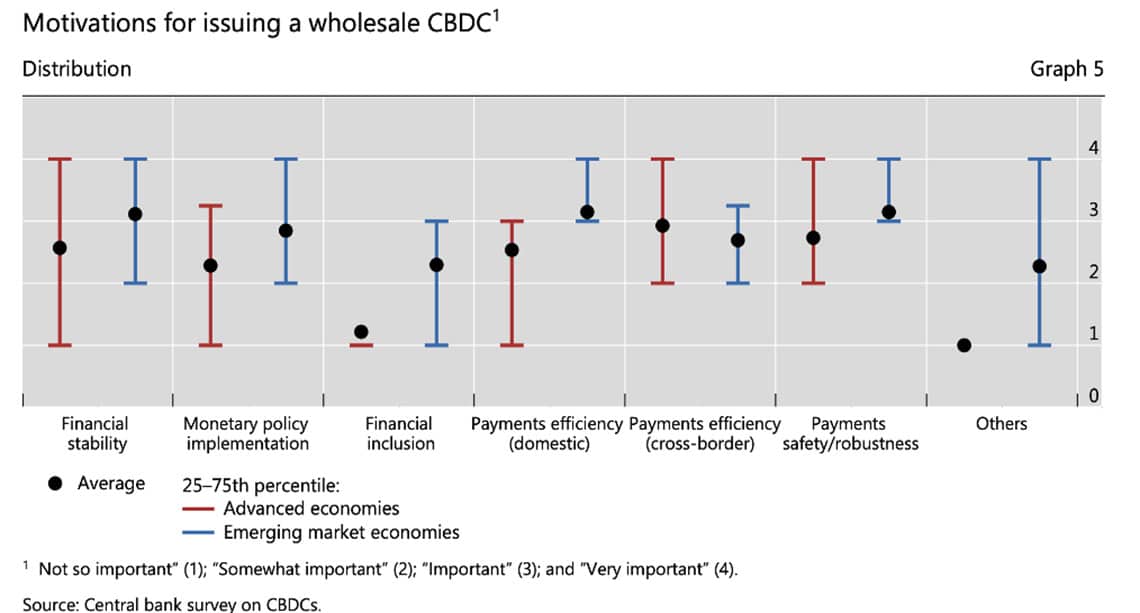 Round-up Although the research may seem to be stark and even alarming to some, the study has only further validated much of what has occurred over the past 12 months. The Peoples Bank of China, the Australian Reserve Bank and the President of the European Central Bank, to name a few, have all either openly admitted to interest in releasing a CDBC or are believed to be on-track to release a CBDC in the near future. Exact dates as to when central banks will start to pull hard-cash out of circulation remains to be seen but the roads to doing just that are being paved.
Tags: CBDC, Switzerland

Is the introduction of the digital Euro coming soon?