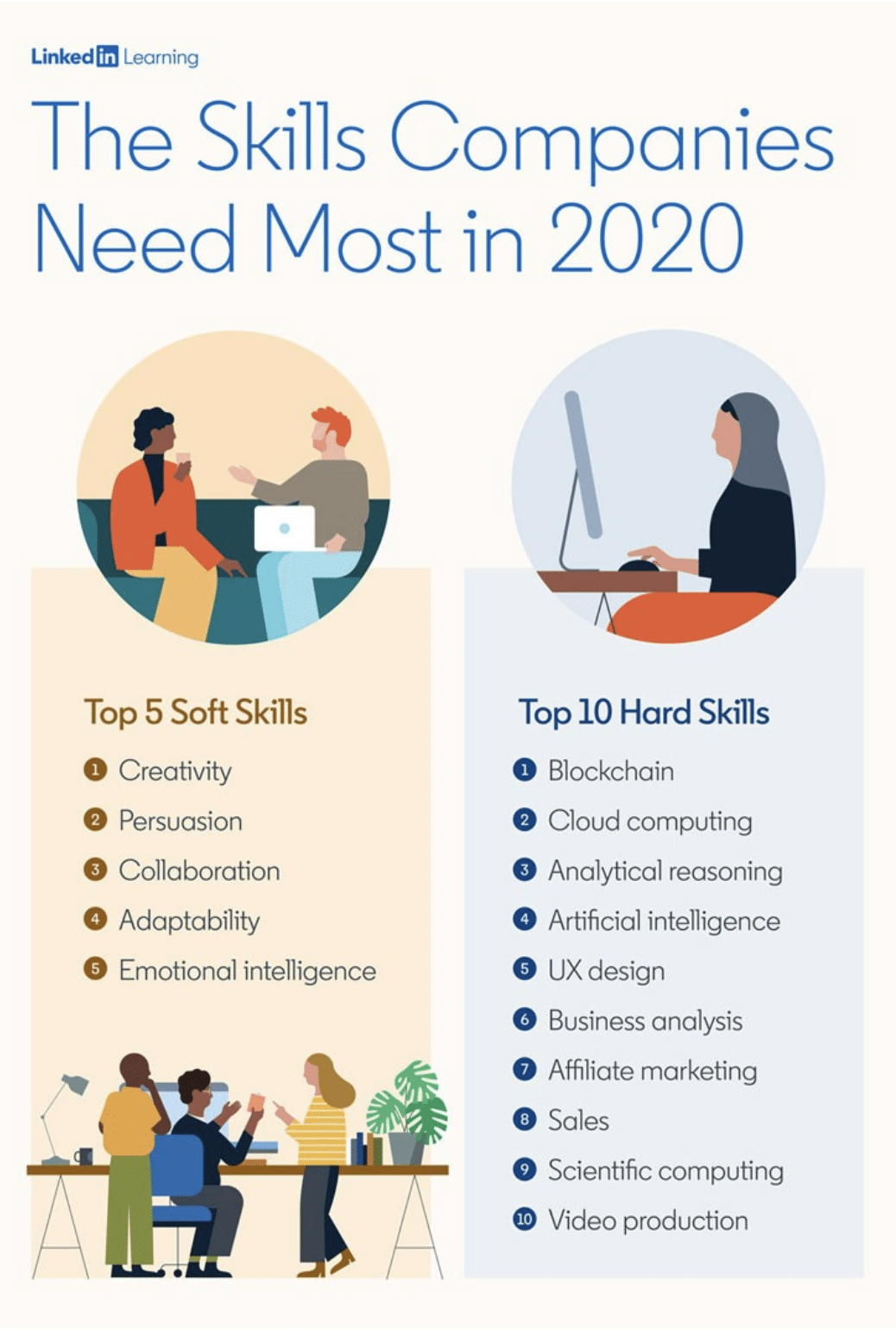 (Source: Linkedin.com ) The block chain is perceived by companies as a transformative technology Blockchain has evolved from the once shadowy world of crypto-currency to a business solution intent upon solving existing problems. It is therefore fundamentally important for recruiters to familiarise themselves with blockchain and find out how it works and what advantages the technology could bring to their own company. The potential of blockchain – essentially a shared digital book – is enormous. Proponents see it as a secure, decentralized, cost-effective and time-efficient way to transparently track deliveries and transactions of all kinds. Skeptics, and there are many, express concerns about the lack of standardized protocols, scalability and excessive energy consumption Large companies rely on blockchain technology The business world sees potential in blockchain and has practically declared it a “Who’s Who”. IBM, Oracle, JPMorganChase and Microsoft are currently working on projects based on the blockchain. The blockchain can be used in many different ways:   for administration purposes, health care, agriculture or food safety. * First published in German at CVJ.ch
Tags: LinkedIn